What’s better than a soup during cold days?

Autumn is finally here and soups are back 🙂 I love all of them, but the tomato soup is one of my favourite: it’s so easy to make but full of flavour!

I’ve written two versions of the recipe below: the first one has a smoother texture because I used only the tomato’s flesh and it takes a little bit more time to prepare it; the second one is more “rustic” and easy to make: you just have to put everything into a baking tray and cook it, easy peasy!

I like both of them but, if you try the recipes, let me know which one you’ll like more! 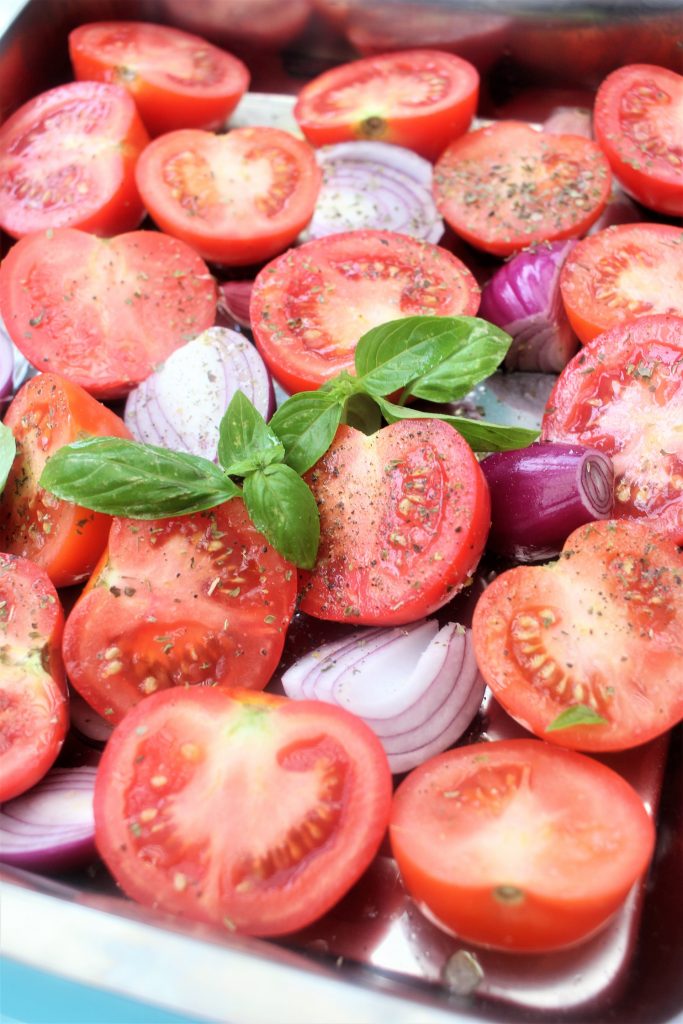 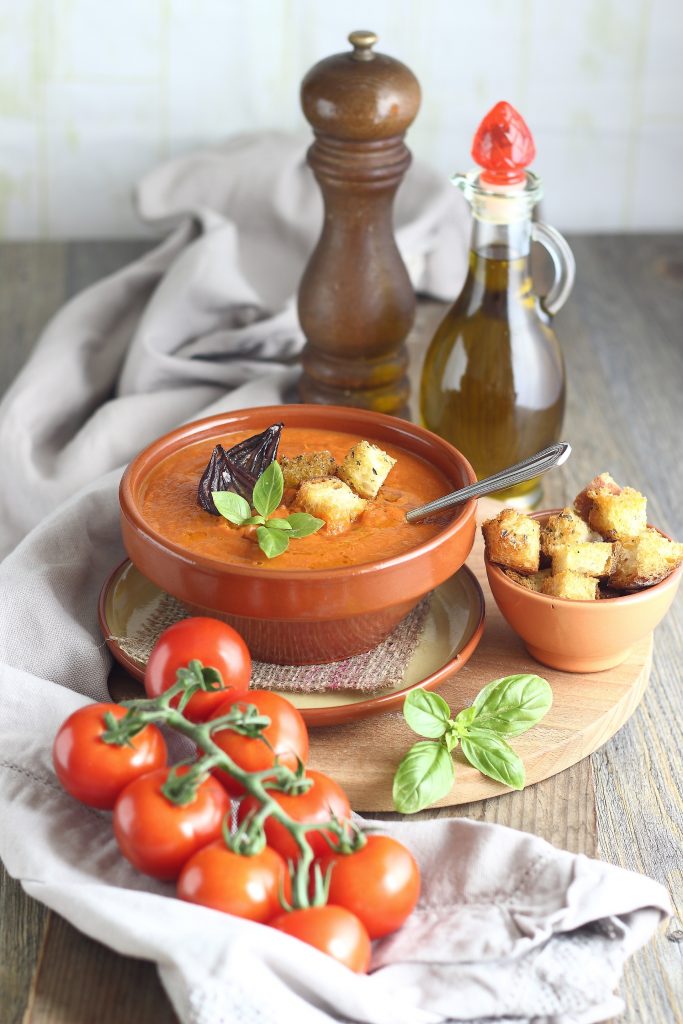 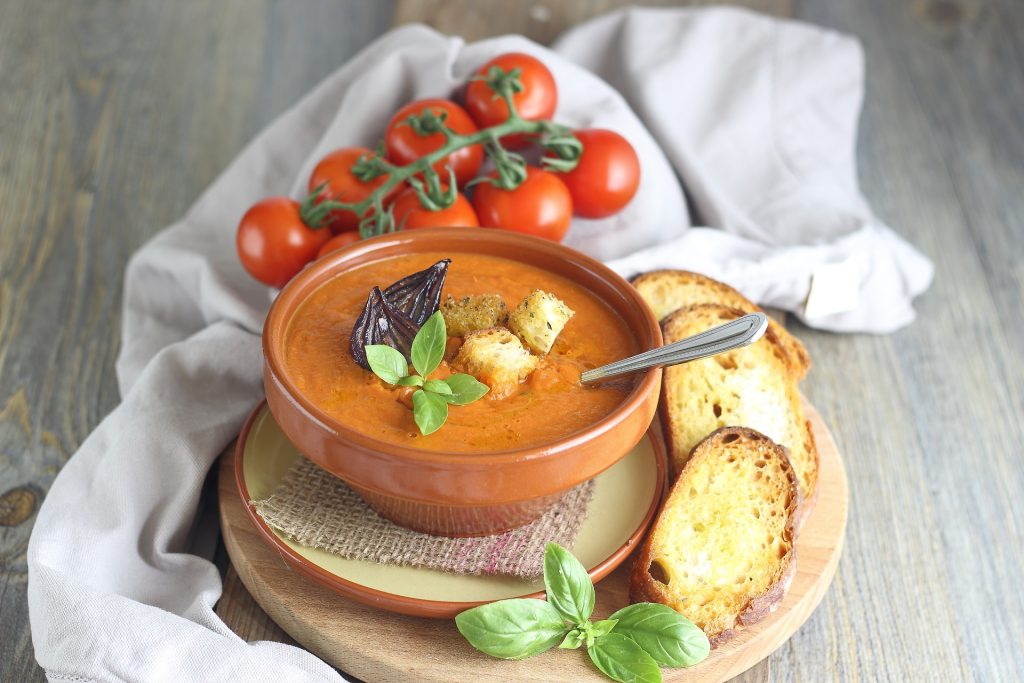 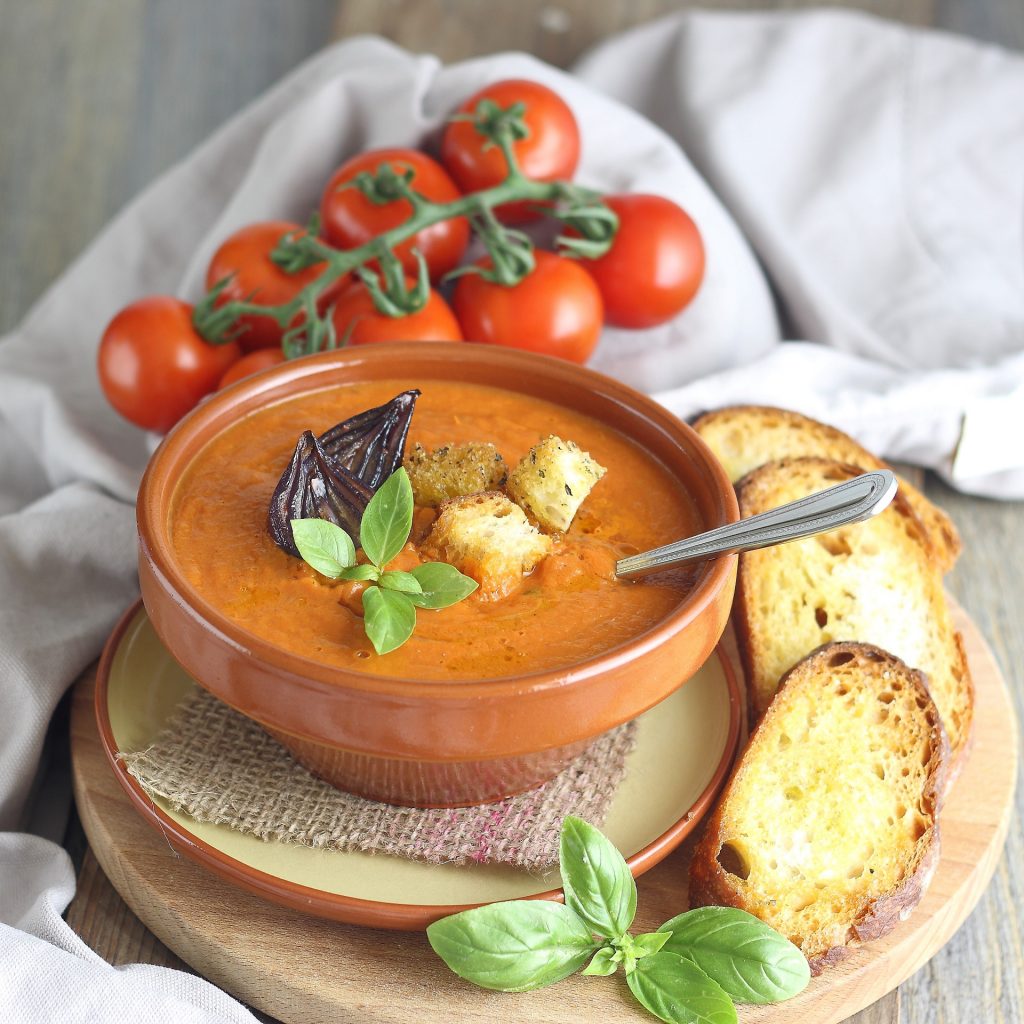