The Gazpacho is a cold soup made with raw vegetables. It’s typical of the Andalusian region, Spain, and it’s perfect for summer. The Gazpacho is served with pieces of raw veggies and crunchy crouton.

Ingredients for the perfect Gazpacho

To make a delicious and well balanced Gazpacho you will need:

Then you can add some chilly sauce or Tabasco for a hot gazpacho. I also like to serve this cold soup with a brunoise of celery, red pepper and onion to a little more crunchiness. 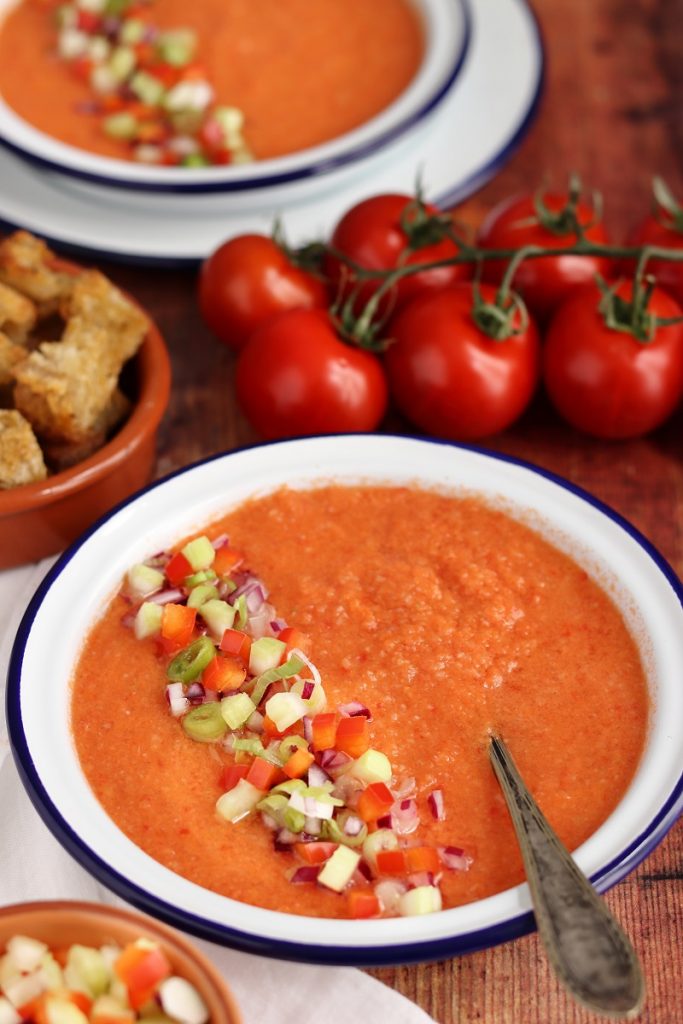 We use different types of cookies to guarantee an optimal browsing experience. Only those that allow the correct operation of the site and the sending of anonymous statistics on its use will be enabled.